(latest release is v2. see the below posts)

this is community full LXDE theme for parabola (dark/light/transparent/opaque/custom).
intoducing new modern wallpaper, a mix of those cool but soft feeling.
available in classic and modern focus so the both world would be happy. 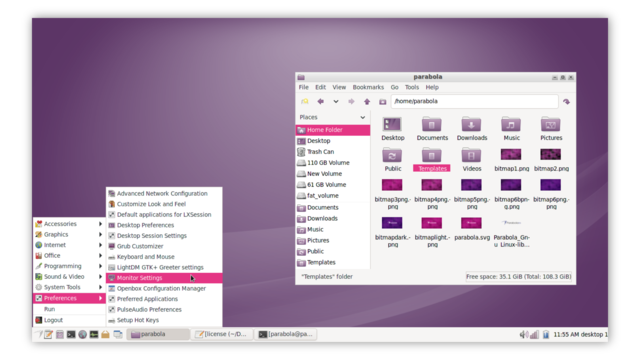 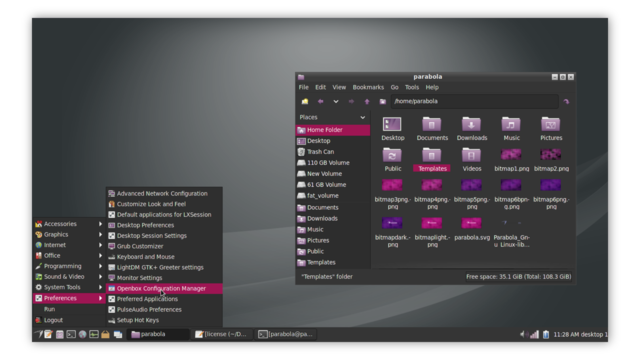 Bola Colors Modern (transparent)
modern theme without leaving the traditional feeling, give a sense of steady and smooth evolution. 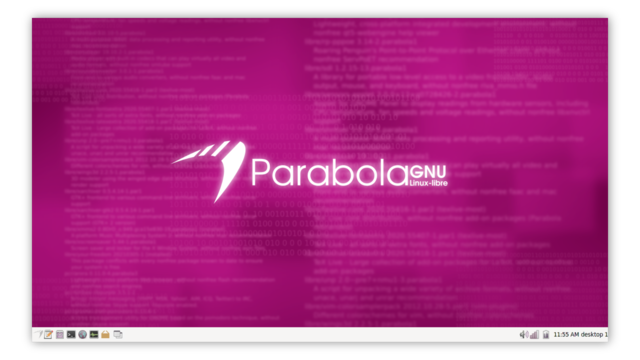 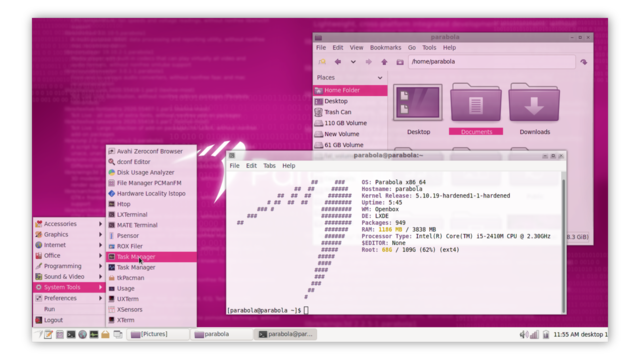 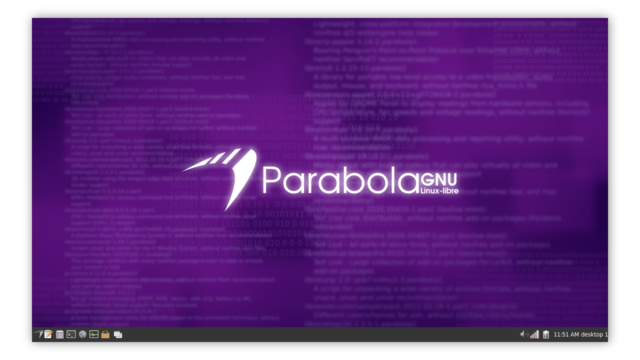 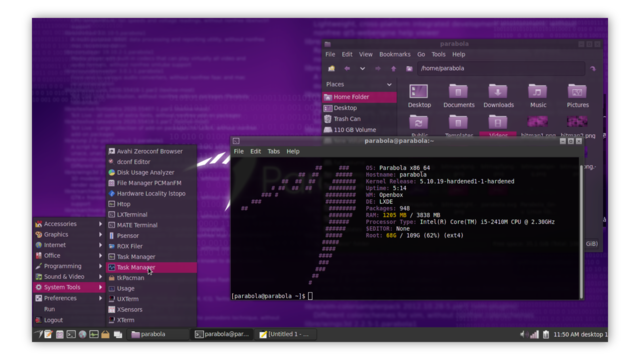 the problem with desktop themes, is that they do not work on all
DEs - these target LXDE, which is great because that is an easy
one to package for - KDE users OTOH, would probably not use it
though - again thats fine; because KDE is very difficult to
package for

theme designers will most often make multiple themes (one each
for GTK2, GTK3, QT, unity, etc) - all of which (try to) look the
same, regardless of which DE one uses - also each WM will use
different window decorations; which is a different kind of theme
- its quite a lot of work over-all - the are two variants of
LXDE, one uses GTK2 and the other GTK3; so the theme would need
to look the same, at least with those two variants

the packaging is simple - all that is needed are the files under
/usr/share/themes/THEME_NAME/ to be added to the 'artworks'
git repo - the tree will look something like this one:

in fact, probably any ofther them could use that same PKGBUILD
by changing only the instances of 'parabola-blackmate'

this is an initial release and i currently not intended to support all DE s, only the default LXDE and gtk apps in general.
altough adding other DE s specific themes will do later on some other my free time.

i think other distro in general also only catered the themes that their default desktop using ? other DE s theme port mainly done by their communities.

again for the packaging also will do on later time :)

others are welcome to improve or reuse this theme

and at least the wallpaper is general purpose ;)

RE: new shiny parabola theme - bill-auger - over 1 year ago -

the DE is not the essential factor - regardless of the DE, some
programs use GTK2, some use GTK3, and some use QT - other
programs which do not one of use those GUI toolkits, will
follow the GTK2 theme - the DE installed by the current
installer (lxde-gtk3), includes some programs which will follow
the GTK2 theme, and some which will follow the GTK3 theme

'qt5ct' can mimic the GTK2 theme for QT programs; so any theme
must support at least GTK2 and GTK3, in order for most programs
to have the same expected look

the attached 'theme.7z' includes GTK2 and GTK3 themes - if those
do not specify the same colors, then the theme is inconsistent;
because it will make GTK2, GTK3, and QT programs appear
noticeably different

thanks for the info

changelog:
-more unified & polished.
-new philosophy:
based on the needs of supporting and integrating into many DE s, also considering the future maintenance and workloads, im deciding to drop full theme in favor of building upon the themes of well established materia & papirus icon theme in the form of theme extension. this means im only adding extra nieces that will be enough to make parabola look special and distinguished from others.
-smaller & easy to maintain (1,6 mb).

also renamed the theme to reflect the change of phylosophy. 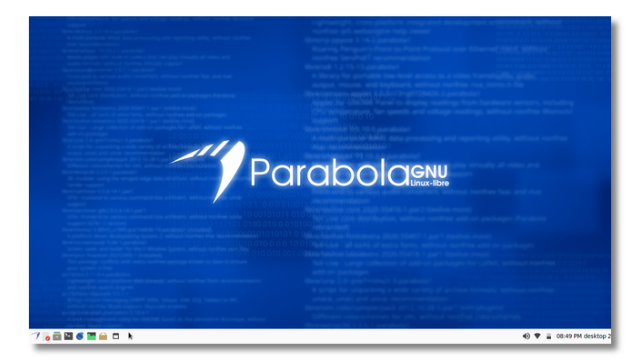 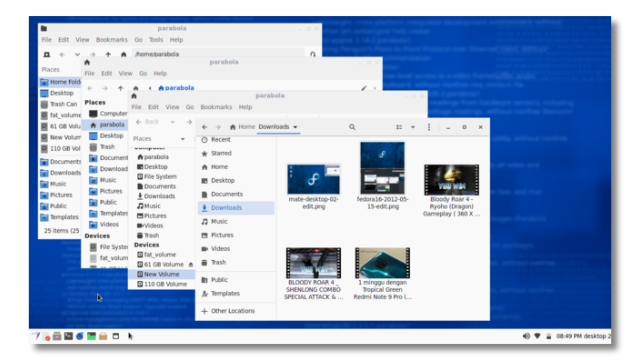 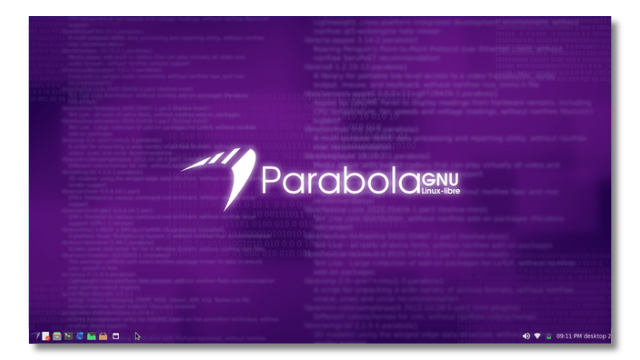 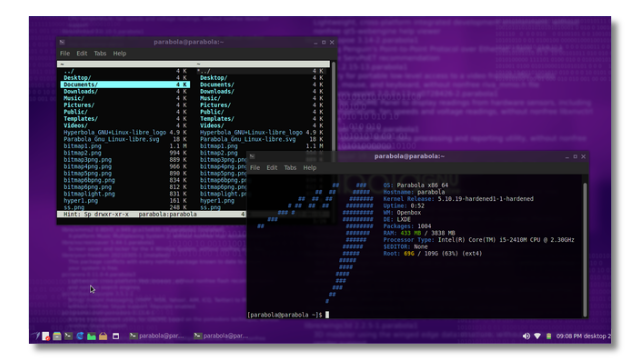 more info available in the readme inside the theme.7z package.
if you found any theme incossistencies other than openbox, please report them to materia and papirus dev, this theme just an extension.

any comments & replies are welcomed.

fyi i have an interview for the coming weeks so i guess im away for awhile, will be back later on my free time :)